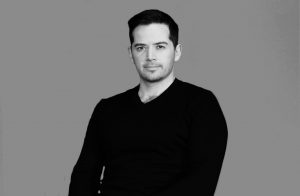 Eoin began his passion for audio engineering during his first year of a Bachelor of Music degree in UCC in Cork. While he majored in composition, his focus outside the classroom was learning ProTools as best he could and recording friends and classmates. After his degree, he went on to do a masters in Music Technology in the Cork School of Music. While this course focused on some of the more scientific principles involved in music making, it did give him access to the best equipped studio in the city, which he made full use of by recording widely varying styles of music while developing a knowledge of microphones and placement techniques.

After graduating from his masters course, Eoin moved to San Francisco in a attempt to find a rewarding internship in a professional facility. He obtained a highly sought after internship in the legendary Fantasy Studios in Berkeley, California. This renowned complex has an exhaustive collection of the most revered vintage music equipment in the industry and a track record of producing hugely successful records from artists such as Neil Young, U2 and Aerosmith.

He also interned at an ADR studio called One Union Studios in San Francisco. This modern, cutting-edge studio specialised mostly on voice-over work. Animation, such as Pixar movies, television advertisements and audio books were all in a days work at this studio. Follow the link below to learn more about this studio.

3 years after opening the doors of Rebel Recordings, the studio continues to go from strength to strength. Money is constantly reinvested in new equipment particularly the growing collection of tube guitar amps and vintage pedals and most recently an analog drum machine. All genres have been catered for from blistering metal and post punk, singsong writer, hip hop and an increasing amount of ADR voice overs. Whatever your audio needs may be Rebel Recordings will be able to fulfil them.